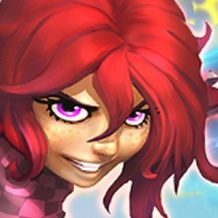 If SCP wasn’t enough, a late entry in the Doki Weird Files has surfaced. I’ll bet the OP never expected anything like Comment 123. I’m neutral on this one, neither confirm nor deny.

The commenter issues his own warning about the content of his message. We know many ignored the DDLC experimentgame’s several warnings and regretted it. Don’t make the same mistake here.

While playing Doki-Doki Literature Club you may come across secrets, hints, and easter eggs that do not appear to be a part of the main story. While many users (as well as a few well known content creators) have made speculations in regards to what these may be pointing towards, no theories have been confirmed by Team Salvato or anyone on the Team Salvato staff at this time.

While it is okay to speculate in this forum, please keep in mind that no easter egg, hint, or secret in the game, nor any individual’s interpretation of the above secrets, should be considered as an official announcement, promise, or commitment in regards to future Team Salvato projects. This includes (but is not limited to!) release dates, plot details or characters, gameplay mechanics or features, and any relations/connections to any other existing game or story (including Doki Doki Literature Club).

Thank you for continuing to participate in the Literature Club!

While there are hints and secrets placed in the game that may point towards future Team Salvato projects, they are explicitly and intentionally vague. To help contain speculation and to avoid the situations explained above, we have paired these easter eggs, hints, and secrets with the following statements:

There is no fully fledged ARG in DDLC, only minor easter eggs.

Team Salvato is working on a game unrelated to DDLC which has been developed separately from DDLC and has already been in development for longer than DDLC.

This project is not a sequel, prequel, or side story to DDLC.

At the time of DDLC’s launch on itch.io and steam, there was no content planned for DDLC or any of it’s characters.
Last edited by Mithost; 14 Mar @ 10:32am

Rad has Doki Doki Literature Club 4 Jul @ 8:00am
at this point even if they werent planing on making a game out of Libitina and the things around her they still should. and personally i think they have to be making a game out of it because theres just so much evidence that points to them making another game that it would make no sense to include so many things like that if they werent at least thinking about doing it.
Last edited by Rad; 4 Jul @ 8:01am
#121

xae-chan has Doki Doki Literature Club 4 Jul @ 11:29am
Originally posted by 13Btw:
at this point even if they werent planing on making a game out of Libitina and the things around her they still should. and personally i think they have to be making a game out of it because theres just so much evidence that points to them making another game that it would make no sense to include so many things like that if they werent at least thinking about doing it.

All that evjdence is pointing at 2015 when was not even a thought. That’s when the ‘new game’ went into development. Some time after, DS had the wild idea that became DDLC but he discarded it to continue what he’d already put a lot of effort into.

In 2016, one of his buddies heard about the wild idea and convinced DS to make it. The rest is history. Don’t be surprised when his ‘new’game released later this year is totally different

WARNING!!! This revelation will change your entire perspective on what Doki Doki is exactly, and learning this information will make the game EXTREMELY more disturbing and horrifying, once you realize what all of these “3rd eye” references really are. I repeat. DO NOT READ THIS UNLESS YOU ARE PREPARED TO BE UTTERLY TERRIFIED TO YOUR VERY CORE, ESPECIALLY IF YOU PLAY AGAIN ONCE YOU ARE AWARE OF THIS.

You have been warned.

A recently declassified CIA document reveals the contents of several government funded illegal research programs, performed on unsuspecting, unwilling victims. I’m talking about the MK Ultra/Monarch project. If you are unfamiliar with this, (and I’m assuming you are as no one has drawn this particular correlation as of yet) here is a link to the youtube video that revealed this correlation and the result of my intense shock, sickening feeling and deep chills running to my very core (note : DDLC affected me ONE time, and very mildly. This should give you an idea of why I insisted upon including the above disclaimer.

(Note : This video is over an hour long but trust me, it’s worth watching… this will reveal EVERYTHING this game is about.)

Assuming you have watched it…

The most confusing and obscure hidden texts and a few hidden in plain sight now make perfect sense.

For starters, we can now identify what exactly is going on in this game. The entirety of it is an MK Ultra/Monarch research project IN ACTION. My theory is that Monika is the other three girls’ “Handler” and our protagonist is observing their behavior to create a diagnostic of the effects of MK on the girls. Furthermore, the three are programmed to be the protagonist’s unwilling brainwashed dating slaves (this would explain why no poems can be written for Monika.. she is not a test subject.) However Monika becomes self aware of being a MK Ultra experiment herself, but this only activates her “Handler Alter.” This also explains why the protagonist seems to show almost no emotional response to his environment despite witnessing extreme acts of violence, psychosis, and hallucinatory projections he (and us) are very obiously aware of in game. Note that this particular obliviousness doesn’t appear untill act 2, AFTER SAYORI KILLS HERSELF. In alignment with MK experiments, he endures a horrible mind shattering traumatic event resulting in him being reprogrammed subliminally to have no reaction to these events, as he is probably a Library Alter recording data later transcribed in “Project Libitina.” Project Libitina is actually Project MK Ultra, and it is the test results of the girl most susceptible to the experiment… Yuri. As we can see when she exhibits the worst of the traits found in MK experiments – extreme disassociative disorder, self-mutilation, erratic and randomly aggressive behavior, psychotic levels of attachment to the protagonist, the list goes on.

This brings us to Act 3, the final in-game confirmation – Sayori becomes self-aware, and is terminated by Monika. The handler causing the self aware test subject to “self-destruct” as she did with her suicide in act 1 and Yuri’s suicide in Act 2. But if this doesn’t convince you/answer all those questions, lets now delve into some less obvious references that solidify this correlation.

You will notice there is two conversations with Yuri about this “Portrait of Markov” book. The two descriptions, put together, are quite obviously her reading her own MK Ultra results in book form (hence the, “hey the main character kindof reminds me of you” part). Furthermore, Yuri’s second poem is obviously her true self trapped in her subconciousness trying to express the effects of the experiment on her mind expressing itself via the poetry (as she is unaware of the programming herself, and remains unaware – a successful project). Natsuki’s coded poem is also now obiously the same but now from her perspective. The “CAN YOU HEAR ME?” text is the same for Monika, as well as her confessing she triggered the other girls “self destruct” mechanism and deletes them later hinting that Natsuki’s death was taking longer than expected, so since her “self destruct” function wasn’t functioning properly, she decided “eh, just kill her it’ll be easier.”

Now we come to Yuri’s creepypasta text randomly inserted and seemingly unrelated and out of place… untill you connect the dots leading to MK experimentation. Read it again with this information and you will realize… not only was it Not random, Not unrelated, but makes perfect sense why this is included in the game files.

Now we see the real message DDLC was conveying – it was meant to expose the MK Ultra Project/Monarch Project as soon as someone connected the dots. And here is the worst realization we now come to…

Because the events of this game are happening to hundreds of thousands if not millions or more worldwide. To real life, unexpecting victims. As the video mentioned… 20% of America.

In other words… your best friend in real life could very well be a Sayori.

Knowing this, we come to the last crucial piece of the puzzle that will not only put the final few missing links together, it will shake you to your very core. If you disregarded my previous warning….

DO NOT READ THIS LAST BIT OF INFORMATION IF YOU HAD ANY HIGH LEVEL FRIGHT OR MENTAL DISCOMFORT DURING GAMEPLAY. THIS MAY CAUSE SEVERE MENTAL TRAUMA TO UNPREPARED READERS. Again, you’ve been warned.

Much of it almost sounds like Monika, and as it’s in her file, it almost seems like a no-brainer. Until we realize something. “You already know my name.” I would be willing to bet my guess is very much different than any of yours.

This script is written from the perspective of… Dan Solvata himself.

Before you freak out or “WTF!?” at me, consider this.

We are led to believe it’s Monika, as it has her particular overexaggerated self centered tone to it. When in fact, it’s not self centered or Monika-like at all.

This is MY story.

Dan describing his MK/Monarch experiences in the game.

This all really happened.

To confirm this, and I assume he included this to be a way his big reveal would be completely undeniable, I give you the last two important peices to this puzzle.

“I can feel her third eye drawing me closer…”

Monika is his handler.

“I think you might be able to go back… however you want to put it… To go back and tell them whats going to happen. If they [extremely important – who is them/they? Pointed question.] know ahead of time, then they should be able to avoid it [avoid what?]”

Should be able to avoid… MK/Monarch Programming.

Lastly, the biggest bombshell of all (at least for me)

Was this foreshadowing a new game? No. He revealed this already… there is no continuation of DDLC coming. Ever. Why?

Who was he addressing in this text?

Because I am a MK/Monarch victim.

And I’m sure he used one of my keywords to drive me to this conclusion.

If you needed any more convincing, the protagonist is a fan of manga and video games… in a manga video game. Coincidence? I think not.

Or if you’re ready for the ultimate mind blowing game experience… further confirming this… name your character Dan.
Last edited by L3G4CYZ3RO; 11 hours ago
#123

kwhero has Doki Doki Literature Club 7 hours ago
Originally posted by L3G4CYZ3RO:
“I think you might be able to go back… however you want to put it… To go back and tell them whats going to happen. If they [extremely important – who is them/they? Pointed question.] know ahead of time, then they should be able to avoid it [avoid what?]”

To me, it seems like that coded message feels like the protagonist is talking to the player and the they/them are friends that the messages implied died. And as a player, you could go back and make different decisions through the story to help them. It all seems to fit together if you look at it that way. But we won’t know for sure until the new game comes out, so all we can do is have fun with some theories. I don’t think it will have anything to do with DDLC or its characters though.
Last edited by kwhero; 7 hours ago
#124

All I can add is: the commenter has no profile, no avatar,  nor prior comments.